'Back in 1994 we managed to convert what had been a permissive path from Station Road to Chilbridge Road into a proper new footpath involving three land owners and three funding bodies - Oxfordshire County Council, Eynsham Parish Council and the Eynsham Society. The land owner of the old railway line was Oxford Instruments who allowed us the official footpath through their land. 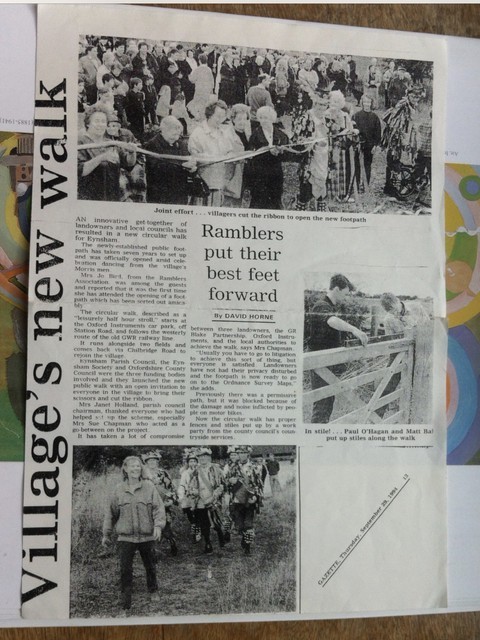 Newspaper reporting the opening of the Railway Line Footpath

In 2001 the Eynsham Society decided to take it over as the  Railway Site Project. We surveyed the 283 metre length with the help of the Wychwood Project. The area was found to be exceptionally rich in wild flowers.  ( a walk with them along the Wychwood Way near Ditchley Park noted for its wild flowers showed us that our bit of land was better ! ). 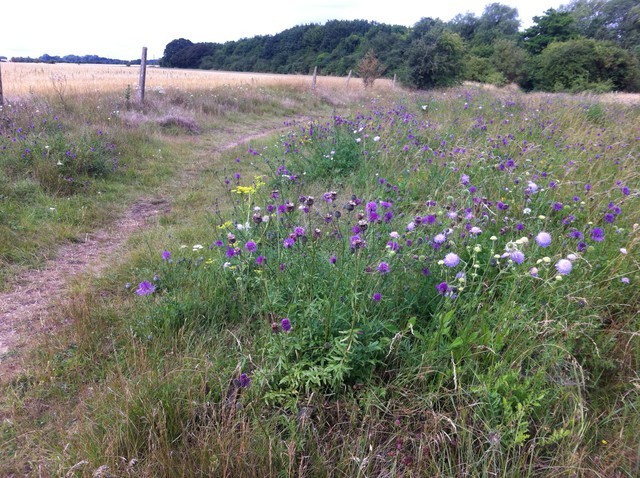 Scabious along the Railway Footpath

The beautiful Six Spot Burnet Moth is seen lazily flying amongst the Scabious every June and July. This day time moth is a feature on the special soil of Stonesfield Common, a designated SSSI,  and the Chilterns.

Six Spot Burnet MothCraig Blackwell the County ecologist came to look at our site to see if it would make the grade for an SSSI . He said it had great merit but was too small to be counted as one.   It was at this point we decided not to plant any more trees which would have disturbed the wild flowers but to cut down the brambles.  Unfortunately the Eynsham Society couldn't find an economic insurance to cover us for this so the management  committee was disbanded.Oxford Instruments sold the land to the Government Surplus Stores a few years ago and I went to see the owner. He was very happy that we should preserve the land as it is, but we both agreed that it would be marvellous to find someone to help with the ever increasing brambles on the easterly half.

Then the land was bought by Polar. Now in 2020 there is an interest in this area being part of the western link road for the new Western Development and we are pushing for the westerly end of footpath where the flowers and the moths are to be preserved as a green space.'

Stay in touch! Get updates about our events, articles, and other news